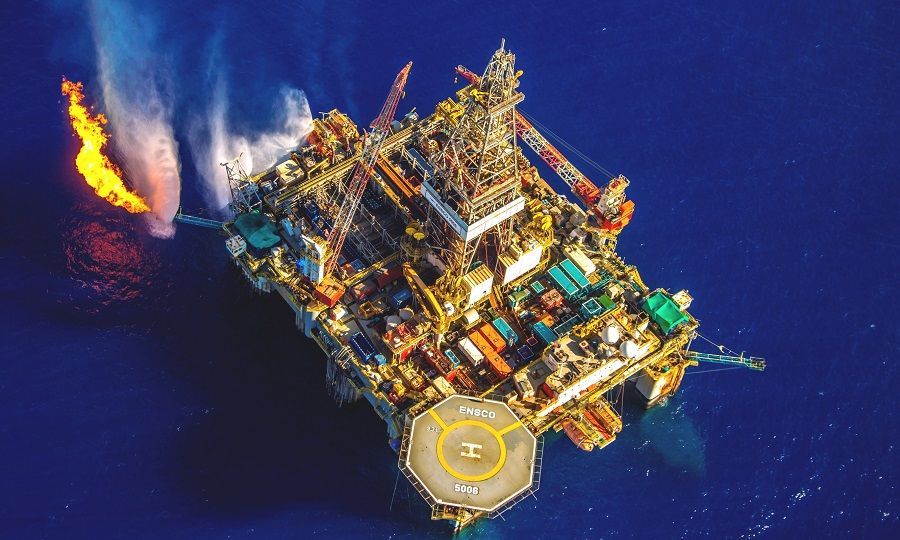 Oil & Gas 360 Publishers Note: This is part a larger issue going on in the Mediterranean. There are many countries trying to jockey for the lowest cost, and long term, acquisition of natural gas. This is causing some issues in territorial waters.

After taking over Noble Energy this week, Chevron will likely take its time in deciding what to do with the Aphrodite gas-field by Charles Ellinas

Chevron agreed this week to acquire Noble Energy, mostly because of its shale oil and gas assets in the US, at a bargain price of close to $5billion – about 40 per cent of the value of the company at the start of the year. It will be an all-stock deal, equivalent to about 3 per cent of Chevron’s market value.

But Chevron is also interested in Noble’s East Med natural gas assets, which, in addition to Tamar and Leviathan in Israel, also include the Aphrodite gas-field in Cyprus’ EEZ. Chevron is the second largest US oil company, with global operations. The company is very keen to expand its US shale assets. Having failed to acquire Anadarko last year, that was the main driver behind this acquisition. Through this, it makes it possible for Chevron to expand shale presence in the oil-rich Permian Basin in Texas and the DJ Basin in Colorado, where it is targeting to maintain production of over 1million barrels/day through to 2040.

Given Noble’s debt, which Chevron inherits, the total cost of the deal is more than $13billion, but it is still a bargain. It still is a cost-effective opportunity for Chevron to acquire additional, low-cost, proved reserves and resources.

The benefit to the company is that Noble’s oil and gas profile fits well with Chevron’s, bringing with it international gas assets and rich, low-cost, shale assets, totaling about 2billion barrels of oil equivalent (boe). This constitutes a sizeable addition to the company’s 12billion boe reserves.

Chevron’s interest is not just in shale assets, but also in Noble’s East Med and Equatorial Guinea proven natural gas reserves. These help the company bring its emissions intensity factor down – emissions per boe – something that helps improve its ESG (environmental, social and governance) profile, a metric important to its investors.

But Chevron also has major oil and gas interests in Saudi Arabia, Iraq and Qatar. Last year it teamed up with QP to build an $8billion petrochemicals complex in Qatar, where it also wants to be part of the LNG expansion project. It remains to be seen how it can reconcile its newly acquired presence in Israel politically with these. When asked, Chevron’s CEO, Mike Wirth, said: “We are an honest broker, we are a commercial actor, not a political actor.”

Leaving aside the impact of Covid-19 in reducing gas production in Israel in 2020, both Tamar and Leviathan are highly profitable, with an assured long-term market in Israel, without the need for high capital investment.

Chevron, though, showed interest in the East Med earlier, especially Egypt, where it has been present since 1937. In addition, Egypt’s Petroleum Minister, Tareq El Molla, was previously the head of Chevron-Egypt. End of 2019 and early this year it acquired exploration rights to three Egyptian blocks, in the Red Sea and the Med. It will also inherit Noble’s rights to two Shell-operated blocks in the Med. As a result, its longer-term presence in the region is assured and this acquisition, in effect, strengthens it.

However, the priority for Chevron now is to integrate Noble into its operations, and particularly its shale assets. So the East Med and Cyprus may need to be patient.

Given its priorities, it remains to be seen how Chevron deals with Aphrodite. I think it will take its time before it decides.

In one sense, this acquisition overcomes the problems I raised in my article in the Cyprus Mail on Aphrodite on June 21. The dire financial condition of Noble was challenging its ability to proceed with the agreed development plan of the gas-field.

The reason Noble was forced to accept Chevron’s offer is that it has a high debt, over $8billion, with a debt-to-capital ratio of 164 per cent. Usually, the debt should not exceed 40 per cent of equity and the company has exceeded it significantly. Importantly, higher debt liabilities not only pose a risk, but also limit the company’s ability to borrow and invest in new projects.

In addition, Noble’s partner in Aphrodite with a 30 per cent share, the Delek Group, is struggling. It was doing very badly earlier in the year, but the huge loss by its fully owned subsidiary Ithaca, announced early July, made it much more difficult. It is selling assets to cover its huge debts and may even have to consider selling its Aphrodite share.

These are not the healthy conditions needed to invest in a project the size of Aphrodite. The combination of these problems put development plans in doubt.

Chevron’s entry at least overcomes Noble’s financial problems. If it decides to proceed, it has the financial might to do so. But even then, Delek’s problems remain.

The company is doing better than most other majors, but it is very disciplined when it comes to investments, maintaining a low-risk profile.

Key to its strategy is to maintain dividend growth and returns to its shareholders. As a result, the company invests in high-return projects. In the current oversupplied gas markets and low-price environment it may take its time before it decides what to do with Aphrodite.

This is the major challenge facing development of the gas-field. The oversupply of gas and LNG in global markets is expected to persist longer, as are low gas prices, both in Europe and in Asia. Aphrodite is in deep-water, without any supporting infrastructure, and expensive to develop. By the time gas is produced, taken to Egypt’s Idku liquefaction plant by subsea pipeline, liquefied and exported, the landed-price in Asia’s markets would be too high to compete with cheaper alternatives. Similar challenges apply to other East Med gas export plans. That is why Idku has been unable to export any LNG since May.

Energy Minister Natasa Pilides said that she has received assurance that Noble will continue its obligations and will work with the government throughout the transition period until the completion of the acquisition, ensuring there will be a smooth transition. However, once it takes over, if Chevron decides that the returns do not justify investing in Aphrodite, it may decide to dispose of its share in the gas-field. But I do not think it would hurry. And as long as there is no hurry, there is hope.

The acquisition of Noble’s interests in Aphrodite requires the approval of Cyprus’ Council of Ministers. During the forthcoming consultations Cyprus should not only facilitate this, but also, if requested, give Chevron flexibility to formulate its plans – irrespective of the timetable agreed with Noble. After so many missed chances, there may not be that many more left to see Aphrodite become reality.

We have 1482 guests and no members online